1st: (7) GINS AND TINS – ran against this claiming level in his first start off the claim by Scooter Davis and he missed by a length in fast time. He moved up in class his next two starts but won easily last out when dropped back down.

2nd: (1) LIFE MISSION – speedball breaking from post 1 for Leland Hayes who wins 45% first start after being beaten as the favorite.

1st: (1) KATE’S KINGDOM – has run well on Tapeta at Gulfstream and Woodbine. He won a similar stakes race at Gulfstream Park two starts back then was an even third in a slow-paced grade 3 at Woodbine.

2nd: (10) I RECALL – just missed here to start the season then was a good third. He won a stakes race going two turns on the turf at Belterra then won a stakes race on the dirt at Thistledown. John Bourke wins 25% first start after a win and 29% with Angel Stanley.

3rd: (5) TACTICAL PAJAMAS – was doing well sprinting then stretched out to two turns and won a state-bred stakes race here.

1st: (5) OLDFIELDS – first-time starter from Mike Stidham who wins 15% with his debut runners. Daughter of Bernardini (10% debut winners) is out of a dam by Street Cry (11% debut winners) whose lone foal to race is a juvenile winner.

2nd: (6) MEGAN MAKIN MONEY – just missed in her career debut here going five furlongs in fast time then came back and showed high speed to the final yards as the 11-10 favorite. She continues to train well and will be the one to catch.

1st: (6) NICE ACE – won a state-bred stakes race going two turns in very fast time then beat open allowance foes. He tired in the deep stretch last out and now turns back to a sprint where he has run well before. Five-furlong bullet workout says he’s ready.

2nd: (8) PETIT VERDOT – horse for the course has thrived since coming here and gets the great Luis Saez in the irons.

1st: (5) EMICRACK – beat better two starts back going this distance at Woodbine then came back and raced evenly after being bumped around at the break and forced to race wide. He drops down in class and gets Antonio Gallardo back aboard.

2nd: (3) THE SINNER IS YOU – horse for the course has won eight times here and beat this starter allowance level easily two starts back as the 7-5 favorite. Ed Rojas wins 24% first start after being beaten as the favorite and gets Pablo Morales.

1st: (2) HARLAN ESTATE – ships in from Canada after much success on Tapeta and turf up there. He beat high class allowance foes to starts back when he overcame a slot pace then was a good second in a grade two stakes race on the turf.

2nd: (4) SURLY FURIOUS – won three starts in a row here including the Boyes in 1:03 3/5! He raced even against stakes foes going two turns when he could not overcome post 10 and now draws much better with Luis Saez.

3rd: (7) TITLE READY – has plenty of back class on the dirt and the son of the late More Than Ready tries Tapeta for the first time.

1st: (6) HE’S A MESS – broke his maiden going six furlongs three starts back then stretched out to a mile and won easily. He chased the pace last out against one level better but it was in very fast time. He seems to have enough cruising speed for this.

2nd: (5) JO JO HANS – raced wide against these in his first start off the claim by Gerry Brooks. He came back with two good thirds when stuck behind slow paces. Brooks wins 19% with his overall synthetic-track starters and 14% going long.

3rd: (3) VALENTINE BUG – horse for the course has used up all his state-bred allowance conditions and now tries open company.

1st: (6) CARAVEL – won both of her starts here in the past and after winning a turf sprint at Saratoga, Brad Cox has pointed her for this. She has enough gate speed to stay out of traffic and gets Luis Saez back aboard.

2nd: (5) ARTIE’S PRINCESS – is 6 for 10 on synthetic tracks and won a grade two stakes race at Woodbine two years ago in fast time going seven furlongs in fast time. Saffie Joseph wins 25% off medium rest and gets Jose Ortiz.

1st: (6) AMERICAN CHAOS – not a horse for the course but has been second or third in four starts here. He showed high speed two starts back when used hard from the rail then came from just off the pace before weakening late. 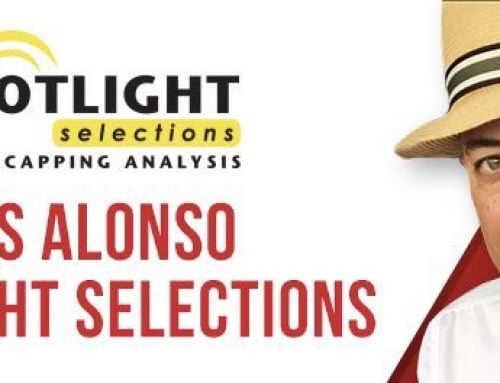 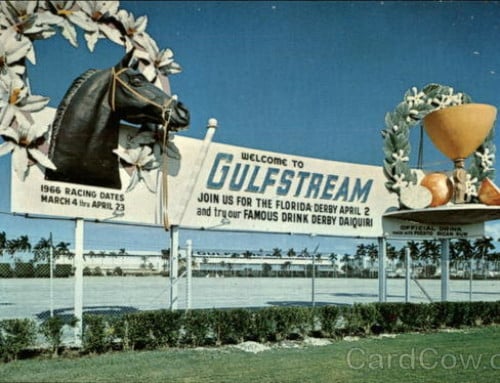 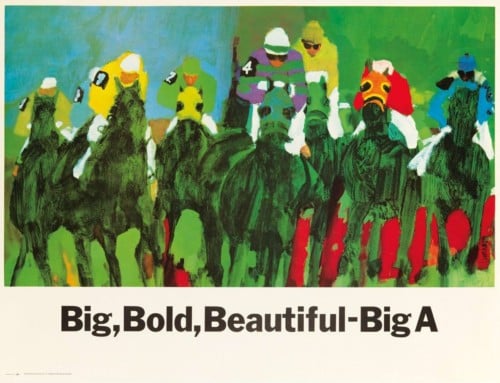 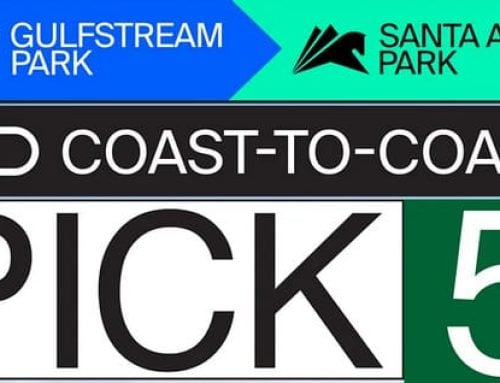