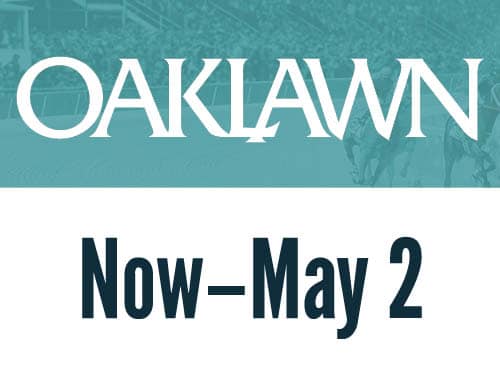 Beverly D: Defending champ Sistercharlie is back and she was very impressive in her season debut off an 8 month break in the Diana. She brings along her rabbit Thais and is a neck and head from being undefeated in the states. A worthy favorite and a must use in the pick 4. I’m going to take a shot against her on the win end with her stablemate Competitionofideas. She will actually greatly benefit from Thais’s presence as well, as she has been pace compromised in 2 of her 3 starts this year. She had no shot last time behind a 52 second opening half and has shown a strong late kick when she gets pace. I just think she is coming into this race well and if Sistercharlie is anything less than 100% can upset. I’m not going to let Fleeting beat me either. Back to back runner up finishes behind the Godsden trained Star Catcher, although I think she’d prefer longer.
Competitionofideas (A)
Fleeting (B), Sistercharlie (B)
Secretariat: Second verse, same as the first. I think the race boils down to Chad Brown and Aidan O’brien. My top pick is Valid Point. I was very impressed with his race last time. He looked like a winner every step of the way and really accelerated when asked. Have to think this race has been a target as he was kept out of the longer races in NY and appears to be Castellano’s (agent) choice. Fog of War ran huge last time and IMO moved too soon. I don’t think that’ll be the case with Irad but I also think a mile is stretching him as far as he wants to go. Never No More appeared well on his way to be a major player in one of the Guineas in Europe after a strong victory in the 2000 Guineas trial. Something went amiss after that race in April as he missed them all and shows up here. Think there is a lot of talent here.
Valid Point (A)
Fog of War (B), Never No More (B)
Arlington Million: I’ve tried to beat Bricks and Mortar in 4 of 5 races this year and all I’ve been left with is ripped tickets. He’s a deserving favorite and I’m not going to try this time. I will try and get cute with the lesser thought of Euro’s Pivoine and Intellogent underneath.
Bricks and Mortar (A)
Pucker Up: I think this is where you have a shot to make some money. I have no real opinion in here other than I think any of them can win. I’ll probably make a small win bet on Winning Envelope who I think will benefit from a more patient ride but I’m going to be lazy and go all in the pick 4 since I’m so light in the other races.
Pick 4 play
$3 3/ 7/ 3/ All= $36
$1 3/ 3,6 / 3 / All = $24
$1 1,7 / 7 / 3 / All = $24
$.50 1,7 / 3,6 / 3 / All =$24$108
good luck!
Jay